Back to articles
mental health at work

How to support someone with OCD at work

Understanding a client, employee or coworker with Obsessive Compulsive Disorder 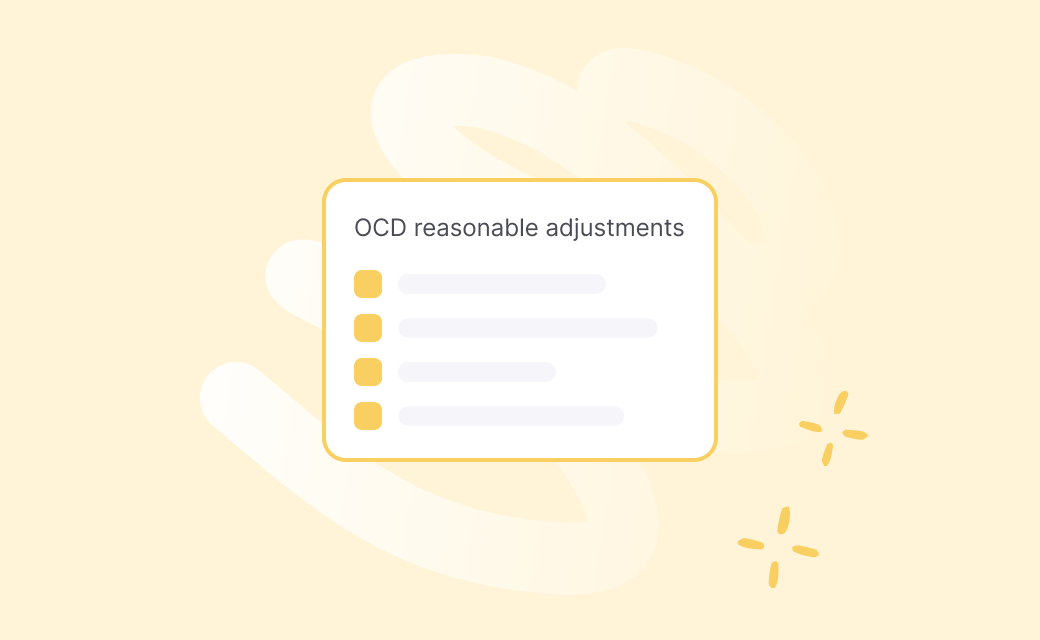 In this article
What is OCD?Recognising OCD at workSupporting a colleague with OCDTreatment for OCD

Spill makes it easy for any employee to get best-in-class mental health support right away.

People with Obsessive Compulsive Disorder (OCD) face an unusual kind of stigma. Unlike other mental health conditions, where friends and managers might walk on eggshells to accommodate the impact that poor mental health is having on someone’s life and work, the tendency is to underestimate how hard OCD is to live with. Though handwashing and light switches have become a shorthand for OCD ‘quirks’ in soap operas, OCD is a scary, and sometimes debilitating, mental health condition. And it takes people a painful 12 years on average to get treatment.

The first step towards managing, supporting or working with someone with OCD is to understand a bit more about their personal experience.

OCD is a mental disorder which affects about 1-2% of the UK population. Originally considered an anxiety disorder in the DSM (a big book used to classify psychiatric conditions), it has been grouped under a slightly different category (Obsessive-Compulsive and Related Conditions) since 2013.

Someone who experiences OCD is caught in an urgent loop between thinking a particular thought and feeling compelled to act on it out of fear. The severity of symptoms varies, but OCD is a distressing cycle of obsessions (intrusive thoughts) and compulsions (behaviours used to ease the anxiety caused by obsessions). This cycle of trigger and response can make simple tasks feel impossible.

OCD’s intrusive thoughts are usually hypothetical, and strongly connected to feelings of fear, doubt or danger. Someone with OCD may become preoccupied with the worst possible ‘what if’ scenarios, feeling like they’re responsible for fixing them or preventing them from happening.

Though people with OCD know logically that their concerns are irrational, the smallest glimmer of doubt causes anxiety, which overrides a logical reaction and causes compulsive behaviours. For this reason, OCD is often described as “a fight with your own brain” by people who experience it.

These are the rituals that someone undertakes to relieve the anxiety caused by their intrusive thoughts and obsessions. They stem from the belief that a particular behaviour can stop that big ‘what if’ fear from happening. A compulsion is an uncontrollable urge which can result in repeating actions (sometimes a set number of times) until the anxiety temporarily resolves or it ‘feels right’, potentially hours later.

Compulsions are often the most visible aspect of OCD – behaviours like checking the door’s locked, washing hands, cleaning or arranging things on repeat are common. But mental rituals, like repeating thoughts or phrases over and over, ‘neutralising’ a bad thought with a good one, checking bodily sensations or avoiding situations that provoke obsessions altogether are also a kind of compulsion, albeit a less visible one.

These compulsions end up giving more power to the obsessive thought, because the relief someone feels when they complete a ritual reinforces the whole anxiety cycle for next time.

Can you have OCD without compulsions?

The cycle between obsessions and compulsions is a key characteristic of OCD. People sometimes use the phrase “Pure O” to describe someone with OCD who experiences obsessive thoughts without compulsions. This is a common misconception; if you have Pure O you’ll still experience mental compulsions, you just may not be aware of them, because rituals like ​​checking whether you still have a thought are less obvious. This can stop some people with OCD from recognising their own symptoms and seeking treatment.

Plenty of people with OCD are highly intelligent and productive at work. But the condition can still lead to misunderstandings between coworkers. A colleague with OCD might need to check and recheck their camera settings before joining an online meeting, for example, and this can lead to people thinking they’re late, or underprepared. Usually, the opposite is true.

Lots of obsessions and compulsions are invisible, so as a manager or coworker, you might rely on your colleague telling you that they experience OCD before you can make any adjustments to help them feel comfortable. With other anxiety disorders, you can look out for changes in everyday behaviour to spot when someone’s struggling, but given the length of time it takes people with OCD to seek treatment, it’s possible, if not likely, that they’ve experienced OCD the whole time you’ve worked together. It might only become obvious if their symptoms get worse.

Some signs that a colleague might be struggling with OCD in the workplace include:

Naturally, in isolation these signs don’t mean that someone has OCD. But it’s still worth asking them if everything’s okay, and giving them an opportunity to open up to you about their mental health, if they like.

Remember, as a manager or colleague, it’s not up to you to diagnose anybody with OCD, or any other mental health disorder. But you might be able to point them towards professional help, if your workplace offers mental health support or therapy, like Spill.

Supporting a colleague with OCD

If somebody you work with tells you that they have OCD, the best thing you can do is listen to how it affects them. Your professional relationship with them also makes a difference to how you might react.

👉 Working with someone with OCD: tips for coworkers

👉 Working with someone with OCD: tips for managers

Long-term OCD (which lasts, or is likely to last longer than 12 months) is classed as a disability in the Equality Act 2010. That’s a legal framework designed to prevent discrimination at work. It means your workplace must make ‘reasonable adjustments’ so that a colleague with OCD isn’t at a disadvantage compared to everyone else.

You’ll need to talk to your colleague about any changes they’d like to make to their working day or environment. These adjustments might include:

👉 Working with someone with OCD: tips for HR or People leaders

There are some things you can do at a business level to support people with OCD at work. Remember that your colleague might prefer to stay anonymous, so any company-wide initiatives should be launched sensitively.

The two main treatments for OCD are psychological therapy and medication. CBT (cognitive behavioural therapy), which teaches people to identify and alter their negative thought patterns, or Exposure and Response Prevention (ERP) therapy, which encourages someone to let the obsessive thoughts happen without ‘correcting’ them with compulsions can both have a positive impact quite quickly. NHS England estimates that just 10 hours of therapist treatment is enough to resolve mild OCD. While some aspects of work might be challenging even for those with high functioning OCD, people living with the disorder often find that the structure of working full or part time actually helps their recovery. With a bit of understanding from coworkers and managers, they could still be your team’s star player.

See how much it would cost to provide targeted mental health support to employees and managers in your company. 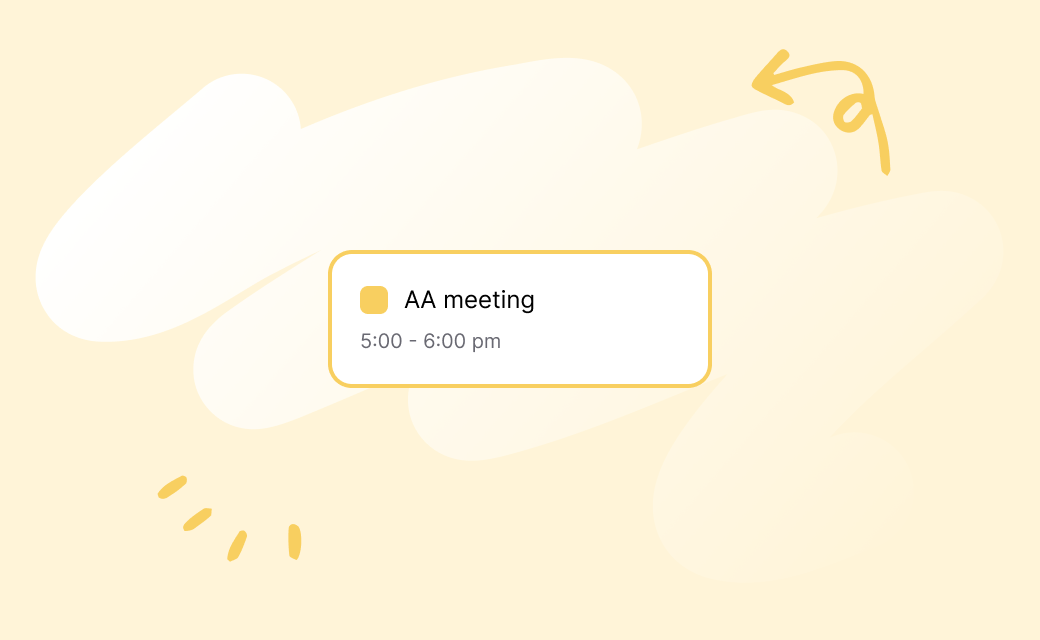 Addiction in the workplace: a manager’s guide

How to support an employee with substance misuse and dependency problems

How to support an employee with an eating disorder
Read more

How to support employees with Seasonal Affective Disorder
Read more

How to manage an employee with depression
Read more

How to manage an employee with ADHD
Read more

Managing someone with anxiety at work
Read more