Back to articles
Company culture

How to spot the signs of a toxic company culture 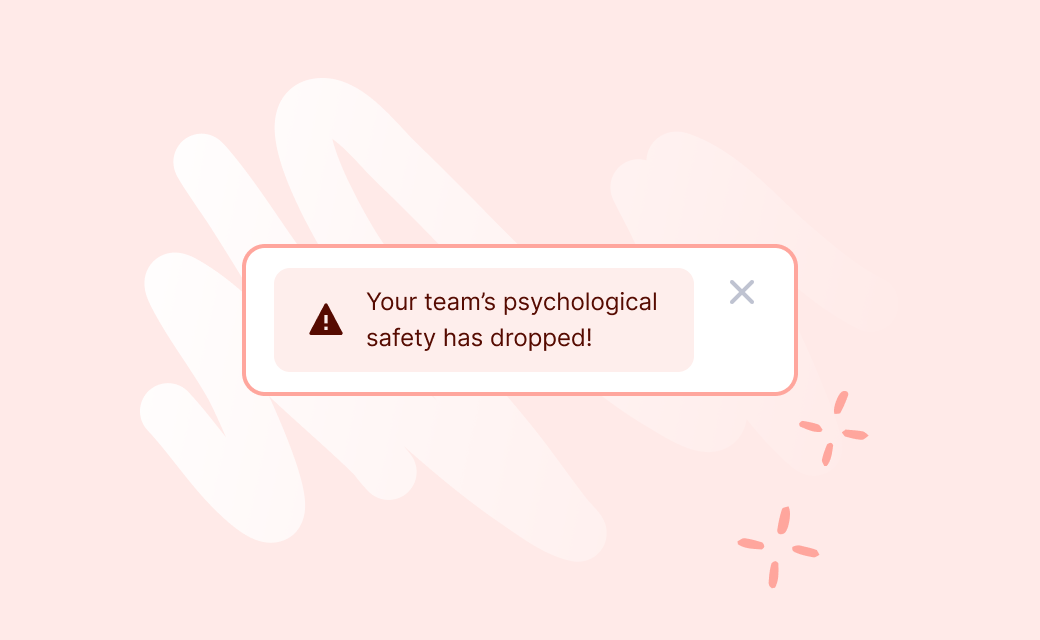 Make your company culture anti-toxic by normalising mental health support. Give everyone Spill.

Clinically reviewed by custom name, therapist and member of the NCS

What is (and isn't) a toxic work culture

The term ‘toxic’ was first applied to workplaces in the 60s as a kind of risk assessment for dangerous professions. The definition expanded in the 80s to include damaging company cultures in Virginia K. Baillie’s book about effective leadership in nursing, and it’s been rising in pop culture ever since. Relationships can be toxic, jobs can be toxic, even people can be toxic. The term’s caught on partly because it’s so deliciously descriptive. Something that’s toxic isn’t just harmful, it’s actively poisonous. And if left alone, things will invariably get worse.

The symptoms of a toxic workplace are varied, and can present themselves in unpredictable ways. Corporate toxicity might feel like an unhealthy or unproductive work environment, a tense or negative social atmosphere, a persistent lack of work-life boundaries or a sticky fear of failure.

Toxic work culture can come from the top down via unhealthy communication, priorities or leadership, or from the bottom up with conflict and distrust caused by an unmotivated, disconnected or otherwise dissatisfied team. Either way, it won’t be a happy or healthy place to work.

Perhaps the most recent high-profile example of toxic workplace culture is BrewDog, where over 200 current and former staff signed an open letter to the founder about the "rotten culture" in which people were "treated like objects". Before that, there was a big exposé — complete with screenshots of aggressive Slack posts from managers — on the direct-to-consumer luggage brand Away.

It’s important to recognise that a toxic workplace, while stressful and unpleasant, is not the same as a hostile one. A hostile workplace goes even further, actively harming the physical, financial or mental wellbeing of its employees through harassment, bullying or discrimination. (The kind of thing described by Uber employees in a 2017 article by The New York Times.) If anyone at your work feels genuinely scared or intimidated to do their job, it’s possible that the behaviour in your company is actually illegal according to the 2010 Equality Act.

The good news is that a toxic company culture, though extremely damaging to employees and business prospects in the short term, can be sorted for the long haul – as long as (and it’s a big ask) your team is willing to come on that journey with you.

Mission-driven companies are most at risk of becoming toxic

An interesting commonality among the companies we’ve mentioned is that they were all touted as progressive places to work – places where the internal culture forms a big part of the overall employer proposition. Away's job descriptions say that the company "encourages you to take time to recharge outside of the office" and lets you "bring your dog to work". BrewDog even aspired to be the "best company to work for in the U.K."

These are also all mission-driven companies, whether that's "making journeys more seamless" or "redefining beer-drinking culture".

When employees join progressive and mission-driven companies like these, two risky forces are at play:

Essentially, the things that form a strong company culture – which can be so valuable to employees and the organisation overall – also bring a higher risk of that culture turning sour.

Ask the right questions to get an accurate read on how psychologically safe your culture is, and to diagnose what needs improving.

Signs of a toxic work culture

Getting a clearer picture of what can go wrong gives us a better idea of how to fix a toxic workplace. Let’s think about starting a new company, where the employee experience is about as bad as we can make it. Just call us Tox Inc.

But remember, we have perks! Tox Inc. is a brand everyone wants on their CV. Employees get free lunch on Tuesdays and you get a fancy gym package, too. (Whether you’ll have time to use it is a different matter.)

Tox Inc. might do okay for a while. The stakeholders might even have a meeting about how pleased they are with company performance. But how sustainable is it? And are we a business, or a cult?

Banish the risk of a toxic culture with Spill's weekly mental wellbeing check for teams. Spot warning signs early and encourage people to open up and share.

When excessive admiration (from employees) meets excessive control (from the company), the result is a cult-like environment in which people are afraid to speak up.

To quote from the BrewDog open letter, "put bluntly, the single biggest shared experience of former staff is a residual feeling of fear. Fear to speak out about the atmosphere we were immersed in, and fear of repercussions even after we have left."

Fear of speaking up doesn't just need to mean large-scale whistleblowing. It manifests in small, everyday ways too: essentially any time in which a valid point is left unvoiced. This is when office politics becomes more important than what's right. As defined in one of the Spill team's favourite ever books ('Five Dysfunctions of a Team'), "politics is when people choose their words and actions based on how they want others to react rather than based on what they really think and feel."

Here are some of the ways in which fear of speaking up might manifest on a day-to-day basis:

The high cost of a toxic workplace culture

Not only does fear of speaking up create a toxic environment for employees, but it's also bad for business. When problems aren't being flagged and ideas aren't being put forward, the business misses out on innovation – and sometimes in a big way. Would the game-changing ideas in tech folklore have happened if employees felt too afraid to speak up? The 'Sent from my iPhone' addition to the bottom of all emails? The early Airbnb hack to professionally photograph everyone's apartment for them? It seems unlikely.

Toxic work environments are a microcosm for competition, low morale, sick days and bullying. A bit like secondary school, but without the uniforms. The stress of working in a toxic culture is likely to follow your employees home in the form of interrupted sleep, strained relationships and the Sunday (Monday, Tuesday…) dreads. As well as the horrible personal cost, it’ll impact a business’ bottom line, too.

‍Burnout is a kind of crippling emotional exhaustion caused by work, characterised by negativity and ineffectiveness. It has a massive impact on people’s health and productivity in their role. A toxic work culture is recognised as a leading cause of burnout.

When people feel anxious about coming to work, they’re more likely to stay at home. Sick leave due to poor mental health was the top cause of time off work in the UK in 2021, and nearly a third of UK employees have taken time off thanks to a toxic corporate culture.

Hiring new talent costs money. And according to research by MIT, toxicity is the number one predictor of employee turnover. Low morale is contagious, so once one person leaves, the floodgates may open.

‍Once employees start to leave, it becomes harder to hire new ones. It’s difficult to attract the top players in your industry once their network has seen the reality behind the brand perks curtain. That goes for investors, too.

Turning the toxic ship around

Recognising that there’s a problem in your company can be painful, but culture change is possible, as long as everyone’s on board. If fear is driving your toxic workplace, then helping employees to feel psychologically safe (to speak up, to admit mistakes, to take risks) is the only way to fix it. Find out how to instil psychological safety in your company.

Ask the right questions to get an accurate read on how psychologically safe your culture is, and to diagnose what needs improving.

See how much Spill costs to survey your team's mood each week and make sure that anyone who's struggling gets proper support. 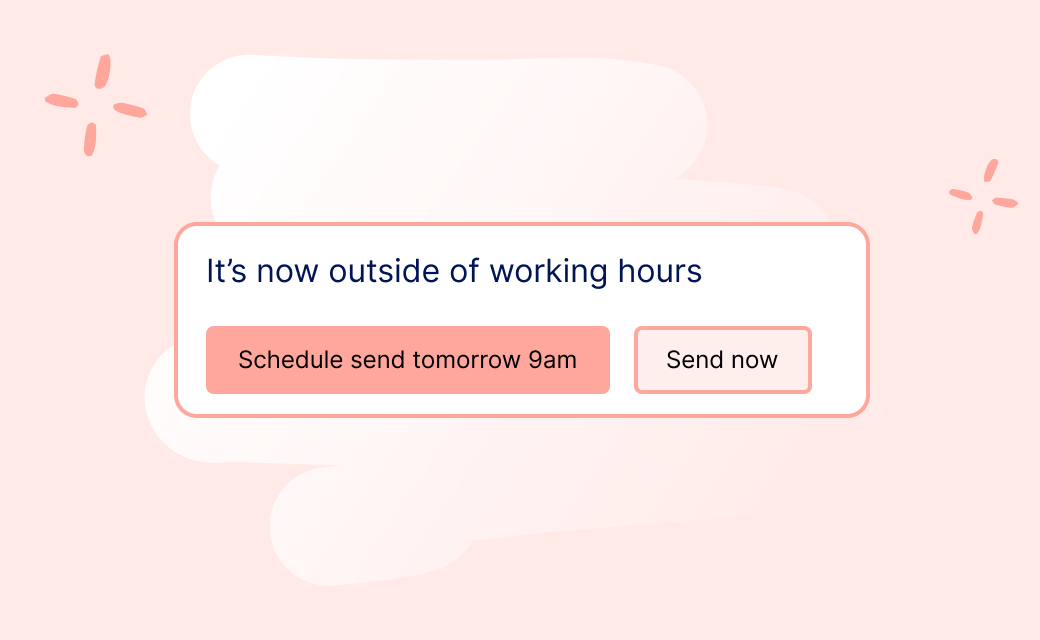 Here's our 'right to disconnect' employee policy in full

Being contactable at all hours is contributing to anxiety and burnout. This is how we're tackling the problem at Spill

How to write a job spec for cultural fit
Read more

How to have effective (and less awkward) virtual meetings
Read more

How to support neurodivergent employees in the workplace
Read more

How to fix a toxic work culture
Read more