Back to articles
Company culture

How to have effective (and less awkward) virtual meetings

When it comes to making team video calls less awkward and more productive, there aren't any quick fixes 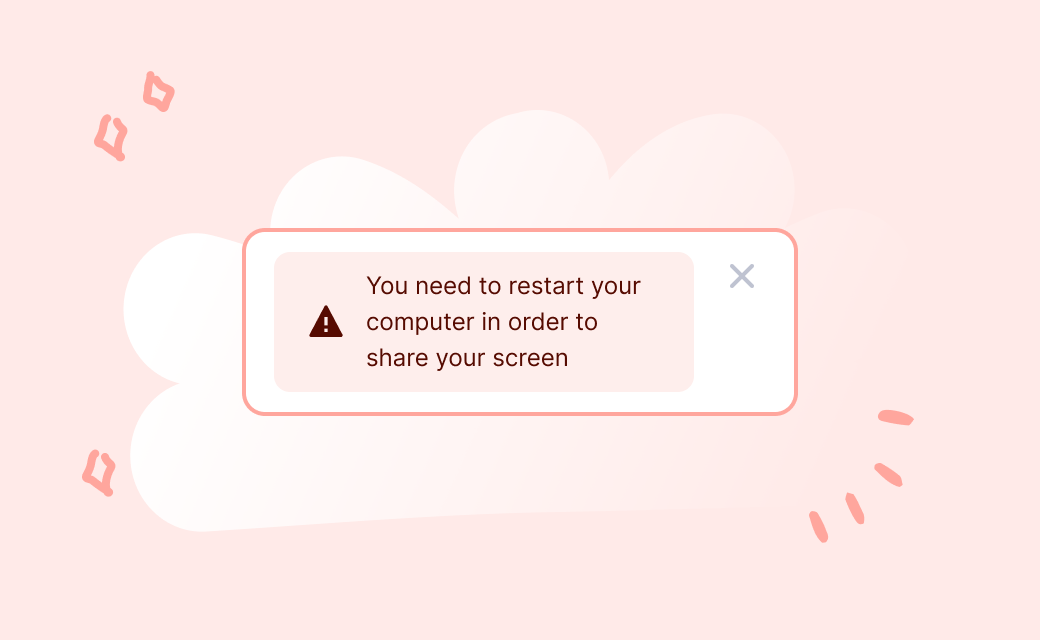 In this article
How is human behaviour altered when we speak over video?What does 'good' video call behaviour look like?How to develop equal distribution of turn-takingHow to develop higher average social sensitivity in your teams

We've all felt it at times: a stilted silence following a question, or two people yet again trying to speak at the same time. There's something about team meetings over video call that can make awkwardness more commonplace and effectiveness harder to achieve.

And yet, with few companies planning to return to the office for the full five days a week, it seems like team video calls will be around for a while yet. So how can we make those calls less awkward and more productive, and avoid zoom fatigue?

This won't be the kind of article that promises the usual, snappy '7 easy ways to make video calls more effective!'. The more we researched this topic, the more we realised that this isn't a problem to do with video call software: it's a problem to do with how human behaviour is altered by video call software and the impact of video technology on mental health. The solution is therefore at the level of human behaviour as well, not at the level of making quick tweaks to how we use the software. Turning 30-minute meetings into 25-minute ones may give us time to go the toilet, but it won't solve the fundamental weirdness of trying to simultaneously bond with and challenge multiple people in tiny, grainy boxes on a screen.

‍How is human behaviour altered when we speak over video?

Essentially what these three things mean is that a team's regular communication ability is hampered when it moves to video call.

There are ways to dodge this problem altogether (having meetings in person or making them asynchronous) and sticking-plaster attempts to reduce the symptoms (making video calls more structured or audio-only). Here, however, we look at how we can try to have fundamentally better team video calls. And unfortunately there is no quick win: the problem has to be solved the hard way.

In 2012, Google set out on a quest — code-named Project Aristotle — to understand what makes a perfect team. The company's People Operations and People Analytics departments are notoriously data-driven: they've been known to analyse everything from how frequently employees eat lunch together to what sets apart better-performing managers. The project took five years, was led by a group of ex-academic researchers, and studied 180 Google teams in total (115 in engineering and 65 in sales): a mix of highly-effective and less-effective teams. Such was its scope and the interesting nature of its findings that the New York Times ended up doing a full write-up of Project Aristotle.

The most surprising finding of the study was how many variables it ruled out. When it comes to how well various teams performed, the similarity of team members' interests or educational backgrounds didn't explain the differences. Nor did the extent to which they were motivated by the same rewards. Nor did how long the team had been working together. Even the sum of the individual IQs of the team wasn't correlated.

In fact, researchers from Carnegie Mellon showed that there is evidence of a 'collective group intelligence' that is completely separate from the IQs of the team members individually. Across a range of different tasks — from brainstorming uses for a brick to planning a shopping trip — the groups that did well on one task tended to do well on the other tasks, and the groups that fared poorly on one task tended to fail across the board.

Fitting in with Project Aristotle's findings, the Carnegie Mellon researchers concluded that what distinguished the 'good' teams from the dysfunctional ones wasn't who the team was comprised of, but how the teammates treated one another.

Strangely, the 'good' teams didn't appear to behave in the same ways with each other. As Anita Woolley, the study’s lead author, told the New York Times, ‘‘some teams had a bunch of smart people who figured out how to break up work evenly. Other groups had pretty average members, but they came up with ways to take advantage of everyone’s relative strengths. Some groups had one strong leader. Others were more fluid, and everyone took a leadership role."

But as the researchers continued to watch the teams, they noticed a pattern. There were two behaviours that all the 'good' teams shared in terms of how teammates treated each other:

This means that everyone in the team spoke in roughly equal measure: no one person or group of people dominated the conversation. In some teams, conversational leadership shifted from person to person between each of the tasks; in others, everyone spoke during each of the tasks. But in both cases, everyone had spoken a substantial amount by the time all the tasks were over. In fact, if only one person — or only a small group of people — spoke, then the team's collective intelligence declined.

‍This means how skilled people on the team are at intuiting how others felt based on their tone of voice, expressions and other nonverbal cues. Things like hesitating, looking away, seeming less enthusiastic than normal, avoiding direct questions, being unusually defensive — and much, much more. One of the measures used to gauge a person's social sensitivity is the 'Reading the Mind in the Eyes' test, originally developed by Professor Simon Baron-Cohen at the University of Cambridge. Members of the effective teams in the Carnegie-Mellon study scored above average in the test, while members of the dysfunctional teams scored below average. Being able to pick up on subtle cues for when someone else in the group is feeling left out or unsure or slighted — or anything in between — turns out to be more than just helpful: it's critical.

Now comes the tricky bit. Given that know these two behaviours are so important, how do we go about trying to develop them in our teams?

Spill makes team meetings more emotionally intelligent by asking everyone to share their mood before joining.

How to develop equal distribution of turn-taking

Instead of trying to measure the distribution of conversational turn-taking objectively — which would require a lot of time with stopwatches, and would also perhaps infringe privacy rights — it's best to ask team leads (anonymously, if necessary) to subjectively score how equal they believe it to be. Use a scale where 10 is everyone in the group speaking for exactly the same amount of time and 1 is one person speaking 100% of the time. They should include themselves when they give a score for the team. This score can be re-assessed every quarter or so, to give an idea of whether it's improving.

Some of the initiatives below can help to improve conversational turn-taking:

How to develop higher average social sensitivity in your teams

Before diving into improving social sensitivity in your teams, it's worth taking a pulse check on where you're at right now. You can ask team members to take this open version of the 'Reading the Mind in the Eyes' test (free, 10min) and put their percentile into an anonymous spreadsheet. (The results page at the end gives both a score and a percentile).

Once you have a baseline of how socially sensitive your teams are now, you can track the effects of measures to improve their social sensitivity over time. Here are a few that we've found really helpful in our teams at Spill:

Video calls can be terrible. Without a bit of effort into improving team communication ability in general, they risk being terrible more often than not. It would be wonderful to find a quick hack that flips them into being lively, engaging and super-effective meetings, but real change happens by treating the cause rather than just the symptoms.

By focusing on the two key aspects of best-in-class team communication — equal conversational turn-taking and high average social sensitivity — we can hardwire it in from the ground up. The added bonus? Our teams won't just have better video calls. They'll be better all round: as employees, as teammates, and as people in the world more generally.

See how much it costs to get Spill's pre-meeting checkin and to give your team access to next-day therapy sessions. 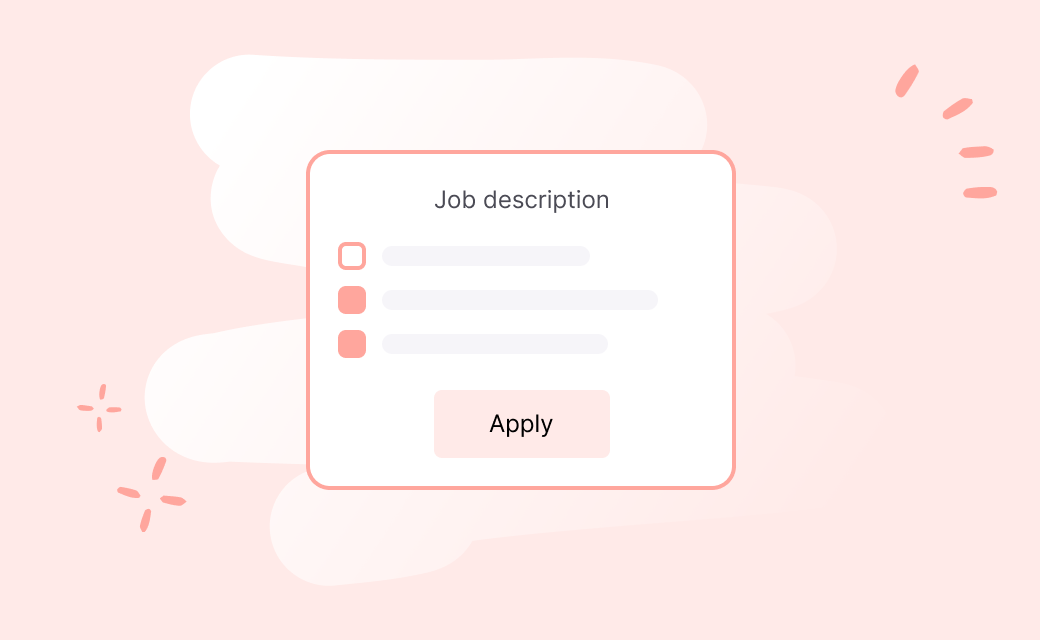 How to write a job spec for cultural fit

How to support neurodivergent employees in the workplace
Read more

How to fix a toxic work culture
Read more