Back to articles
burnout

The 6 leading causes of burnout at work

Spoiler: they’re mostly about bad psychological conditions, not too much work 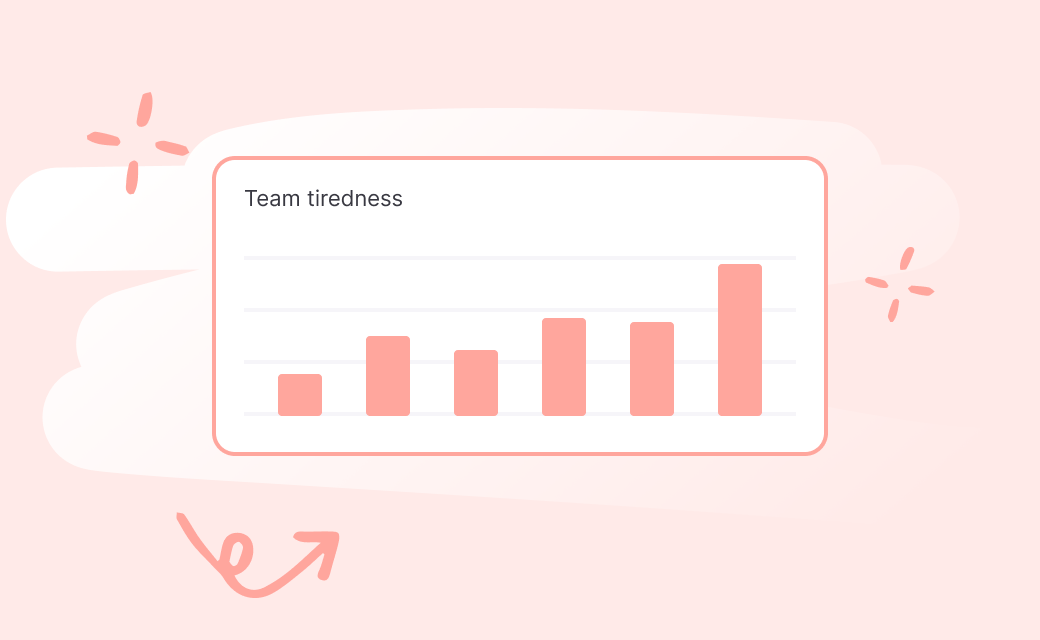 Spill's spot-and-treat system detects early signs of burnout, and reaches out automatically to anyone who's struggling

In the right conditions, work doesn’t feel like work at all. We slide into flow, a tailwind carrying us seamlessly through meetings and tasks. Long hours and stressful situations are handled with ease, grace, and a deep sense of satisfaction. On the other hand, with the wrong conditions, even a five-hour workday or sending a few emails can feel daunting, anxiety-inducing and downright impossible. That’s because workplace burnout is less about the objective workload and more about how that workload feels, how we are set up to manage that workload, and what our psychological relationship with that workload is. When we don’t feel safe, everything becomes a threat. That’s why, out of the six leading burnout causes, only one of them is related to workload.

The symptoms of burnout are similar to that of prolonged low mood or mild depression, albeit purely work-related. So, in order to understand the causes of burnout in more detail, we need to first take a step back and look at why humans experience negative emotions like low mood at all.

The (deeper) reason behind burnout at work

Evolutionary psychology tells us that emotions evolved to help us pursue our goals. We get excited about the possibility of finding food or a mate; we get anxious when those goals are threatened. What’s interesting is that, although we do get an emotional payoff when we get what we want, it’s a relatively short-lasting payoff, and doesn’t explain much of our overall change in mood. It turns out that mood depends less on success or failure and more on progress towards goals.

As mood is about our sense of ongoing progress more than specific achievements, expectations are incredibly important. Runner’s high might be an example of how an anticipated pain that never materialises can create euphoria. The opposite is just as true: working continually in the face of crushing and unachievable expectations creates a feeling of utter hopelessness. Prolonged low mood, of which burnout is a special work-related type, is caused by a lack of perceived progress towards goals.

The importance of progress towards good goals

But long-term mood is not purely determined by the feeling of progress towards goals: it’s about the feeling of progress towards the right goals. Getting better at financial modelling won’t feel as good if your main desire is to develop creatively, for example. The strange thing about goals is that they are set by our emotions, which in turn are set by our biological and cultural heritage. Goals have nothing to do with intelligence: our IQ tells us how to solve problems, not what problems are worth solving to begin with. Trying to deny your goals is like trying to deny the weather. The problem is that, unlike the weather, goals can be hard to see: often they’re buried below the surface of our conscious mind and a bit of introspective digging is required to uncover them.

What do we mean by the ‘right goals’? Those that:

When we consistently aren't making progress towards the right goals, it's hard not to feel defeated and burnt out. The whole ‘game’ of working life starts to feel unwinnable. It’s like trying to score in football when your shoelaces are tied together. That's when burnout becomes understandable, even rational. It is an unconscious reaction to a deeply irrational situation with no end in sight.

The top 6 causes of workplace burnout

Burnout is a signal to the conscious mind that our progress towards a valued (but often unconscious) goal is not going well. Here are six common reasons why people get stuck in pursuit of their goals, and find themselves experiencing job-related burnout.

We’ve adapted these from academic research done by Christina Maslach, an organisational psychologist who has dedicated her life to studying and understanding why people burn out. The six reasons are by no means mutually exclusive; most people who burn out do so because of multiple reasons. We’ll explain the six reasons by looking at the case of a fictional employee called Tom, who has recently been feeling burnt out at work.

The first cause of workplace burnout is setting goals that are unobtainable. Maybe Tom burned out because his workload was simply unachievable, for too long, or he didn't have the skills required to do the work. If Tom spent the last three months feeling like he's on a speeding treadmill where the only reward for finishing his work is more work, his job burnout is no surprise. Sometimes, the goals are unreachable not because of the objective workload required by the job, but because of unrealistically high self-expectations internalised by Tom from the pressures of family, peers and life in an aggressively individualistic economy.

2️. Working life has too much randomness

In this scenario, Tom feels like reaching his goals is a bit of a gamble: there's no clear link between how much effort he puts in and how much success he's met with. One week he spends four days on a presentation that gets canned at the last minute (so lots of effort is met with zero reward), whereas the next week he gets praised before the whole company for a job that took him ten minutes to complete (zero effort leads to lots of praise). No wonder Tom feels no incentive to put in the work: effort does not always equal success. When there's too much randomness in a game, we quickly give up: it's a phenomenon known as 'learned helplessness'. Too much randomness is therefore another leading cause of burnout in the workplace. Tom needs a strong link between effort and reward, or any hopes of making meaningful progress will be dashed.

Tom feels, and the psychologist Daniel Pink would wholly agree, that there are basically three things that make work feel good: autonomy, mastery, and purpose. That is, Tom wants to be in charge of his own work, he wants to be good at it, and he wants the work to matter in some bigger sense (or be connected to something meaningful, which could be a cause, a sense of community, or a set of values). Whether Tom is conscious or not of these feelings, his desire for these three things will guide his actions, and if he never gets any of them — if he is micromanaged, if his skills don't improve, and if his work feels pointless — his chances of burning out will increase exponentially.

4️. Working life is rigged in some way

When investigating causes of burnout in the workplace, something that comes up time and time again is the idea of ‘fairness’. Financial rewards and workload are unfairly distributed, bosses reward work that people haven't done themselves, promotions and evaluations feel biased in Tom's view, or there's a feeling that the culture is toxic and unsupportive.

5️. Working life comes with too many mixed messages

Tom is told that good work is praised and recognised at the company, but after doing a great piece of work his manager then starts to feel threatened and his colleagues become jealous and bitter. Tom is told that it's great to have original ideas, but it turns out there's a zero-risk culture and that original ideas (when vocalised) come with the risk of being shot down and embarrassed in front of others. Tom is told it's important to work collaboratively, but people get frustrated when he interrupts them asking to discuss a project. Like when dating someone who constantly says one thing but does another, these mixed messages make it near-impossible to fully engage with a job and often leave employees feeling confused, stressed and burnt out.

The final cause of employee burnout is focussing on the wrong end goal altogether.  Perhaps you want to get along well with others — determined in part by a high agreeableness trait — but the current job requires giving a lot of difficult feedback. Perhaps you value being up-front and direct, but the current job requires you to play your cards close to your chest. Perhaps your life story is about making a big difference to a few people's lives, but the job you're in is about making a tiny difference to a great many. Trying to make progress towards goals that don’t fit with your own is like trying to run a marathon with a weighted vest on: doable in theory, but it’ll feel unnecessarily difficult and make you a lot more likely to give up along the way.

Uncovering the factors leading to burnout

Our burnout causes tool helps you do just that

Experiencing one or two of the six reasons for burnout isn't unexpected. No job is 100% perfect, and if most of the fundamentals are in place, and it feels like progress is being made in a job, then people are capable of putting up with a lot. It's when a few of these burnout factors come at the same time that the game is most at risk of tipping over into full-blown unwinnable territory.

In order to narrow down which of these burnout causes are the biggest risks for your employees, set up a one-to-one meeting with the person in question, get them to go through this free burnout causes tool (downloadable below), and then discuss their answers.

Once you have identified the leading causes of burnout, you’ll be in a good position to assess the symptoms and work together to build a burnout recovery plan to get things back on track.

Use our free burnout questionnaire to narrow down the biggest risks for burnout in your team, and frame a discussion with your employees. 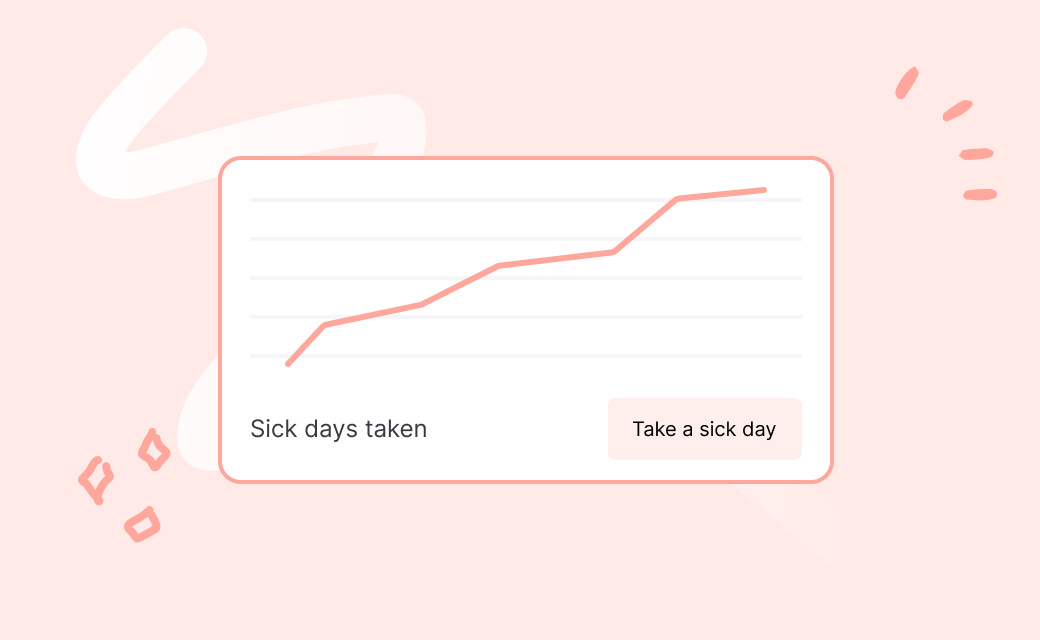 The cost of burnout for employers

As well as the emotional toll on people, there's a very real financial cost to burnout

How to spot burnout symptoms in your employees
Read more

What is workplace burnout? A guide for employers
Read more